People with disabilities are more visible but still marginalized

Persons with disabilities remain one of the most excluded and marginalised groups in Georgian society, but public perceptions are changing. Georgians have become more accepting of persons with physical disabilities but continue to stigmatize intellectual disability.

These are the main findings of research commissioned by the United Nations Development Programme (UNDP) and conducted by the Institute of Social Studies and Analysis (ISSA) that was presented today to representatives of Government, civil society, disability organizations and international agencies.

But 43 percent still consider providing care for PwDs as an expression of good will rather than a Government obligation, and one-third believe that disability rights are already fully realized in Georgia.

“We have seen big changes in public attitudes, but there is still work to be done to ensure that Georgians see persons with disabilities not as objects of charity but rather as fellow citizens who deserve equal access to education, employment and community life,” said UNDP Head Louisa Vinton.

The research also reveals that Georgians expect more support for persons with disabilities from the Government. The vast majority of the respondents think that the state should promote inclusive education in schools, vocational colleges and universities (70 percent), create inclusive infrastructure (85 percent) and increase assistance to PwDs (82 percent).  72 percent agree that the representation of persons with disabilities must be promoted at all levels of governance.

The research is part of a USD 2 million joint programme to improve social protection for persons with disabilities, implemented by six UN agencies with the resources available though the United Nation’s Fund for Sustainable  Development Goals.

UNDP has been assisting Georgia for over a decade in protecting the rights of persons with disabilities and building a more inclusive society, working in partnership with the Government, UN agencies and other national and international actors. 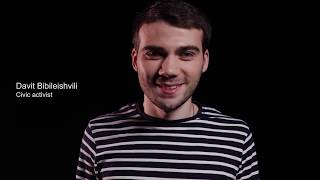 UNDP Around the world

You are at UNDP Georgia
Go to UNDP Global